How to gain back value time in any business

If you are starting your own business, there probably aren’t enough hours in the day to take care of every task that needs to be completed and, in many instances, you may not even have the requisite skills. When you find yourself spending more time than necessary on specific tasks, this is a sure sign that you should look at strategies to save time and maximise output.

There are many business generated tasks that can you can outsource efficiently. While it is true you may be able to handle the job on your own; there is a good chance that you will spend more time than you should work on internal business processes. In the end, weigh up what your time is worth and where your time could be better utilised. Try to associate a cost to this time, actually, give it a figure, and evaluate other solutions such as outsourcing for one or multiple combined tasks.

It will eventually become clear that every minute that you spend on tasks, that is time-consuming, is a minute that could be spent on something more important. If you do not know how to do something, without consulting tutorials or asking for assistance, this is one indicator that you should be outsourcing the task.

When you are running a business, and you are trying to establish a foothold in the marketplace, there is no question that every second is meaningful. Numerous tasks can help your business reach its full potential which you will need to consider such as website construction, blogs, content writing, booking keeping, updating your social media presence and even your customer service hotline.

Highly repetitive tasks are perfect for outsourcing. If you’re responsible for the significant picture issues facing your business, the last thing you need to do is spend your valuable time off answering tweets and going through your Facebook inbox. Repetitive tasks like these can be best handled by an outsourcing firm that works alongside their client to ensure that everything is taken care of in a timely fashion. Forbes recommends in a published article that 24/7 availability of outsourcing companies should be considered when looking into someone taking on your tasks “For your business, I would recommend applying a concierge-like communication style to your daily interactions. In my experience, this level of service requires 24/7 contact centre support to train and tune our chatbots.”

Outsourcing to save time also allows a business to utilise all of the specialty skills that are may not be immediately or otherwise available to them. Enhancement of technology ensure no task nowadays is too big, or too small, that cannot outsource adequately. Although you may be excellent at what you do there is also a good chance that you are missing out on someone who can accomplish the task in a fraction of the time.

By making an honest assessment of your company processes and your time is taken to perform these tasks, ask yourself where you could stand to improve time efficiency. By asking the right questions during the induction process, you can obtain valuable assistance with all of your most crucial tasks. The peace of mind that outsourcing provides can be unparalleled and allows your company to maximise profits and run in an efficient manner.

What you can read next

Advantages of Outsourcing for Your Company 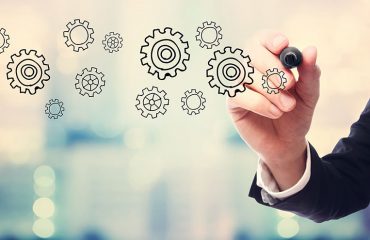 7,190 Comments to “ How to gain back value time in any business”